Happy Chinese New Year 2019 and more importantly the year of the Pig.

In Chinese culture there are 12 zodiac signs and unlike the western zodiac, they represent the whole year. The pig is the twelfth sign and is the symbol of good fortune and wealth. To discover if you were born under the Chinese symbol of the pig click Here   https://www.travelchinaguide.com/intro/social_customs/zodiac/calculator.htm

I like drawing pigs and was looking to create one that I felt truly represented wealth and good fortune. It was then I remembered the gorgeous bronze statue I had seen in Florence – 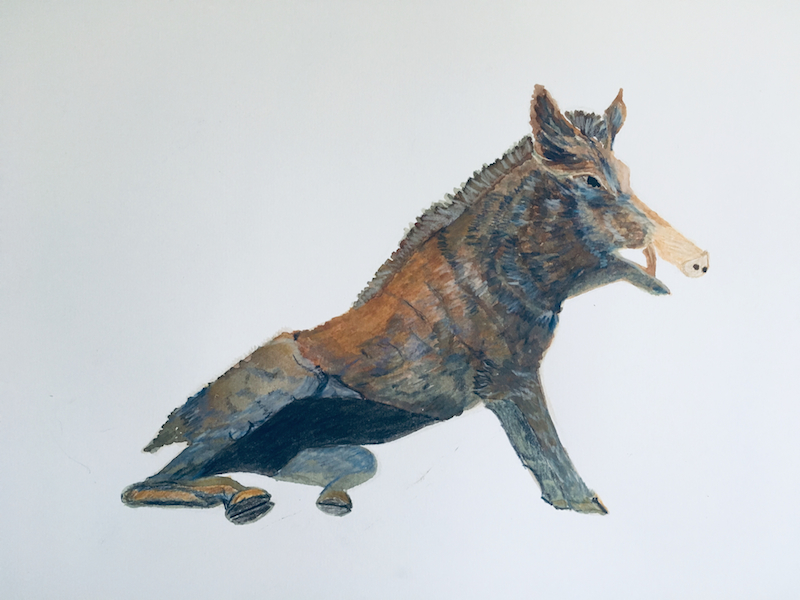 I first met this amazing Bronze Statute when I moved to Florence in 1969 and was thrilled to see it again when I was there during Easter 2016. He has had an interesting life, created by Baroque-era bronze master Pietro Tacca in the 17th century, the bronze beast was inspired by a marble boar dating back to the Hellenistic age and which was likely a representation of the mythical Calydonian Boar. Tacca’s boar was originally sculpted to adorn a fountain in Italy’s famed Boboli Gardens, but was in the end placed on a fountain in the Mercato Nuovo in front of a pharmacy. The statue is partially hollow which allows visitors to slip coins between the boar’s jaws for good luck. However, unforeseen by the builder was visitor’s habit of giving the creature a rub on the nose when they visit which has resulted in a shining golden snout.

Happy Chinese New Year especially to those born under the sign of the Pig.

Ingwe at The Secret Space

You can find out more about which cookies we are using or switch them off in settings.

This website uses cookies so that we can provide you with the best user experience possible. Cookie information is stored in your browser and performs functions such as recognising you when you return to our website and helping our team to understand which sections of the website you find most interesting and useful.

Strictly Necessary Cookie should be enabled at all times so that we can save your preferences for cookie settings.

If you disable this cookie, we will not be able to save your preferences. This means that every time you visit this website you will need to enable or disable cookies again.

This website uses Google Analytics to collect anonymous information such as the number of visitors to the site, and the most popular pages.

Please enable Strictly Necessary Cookies first so that we can save your preferences!